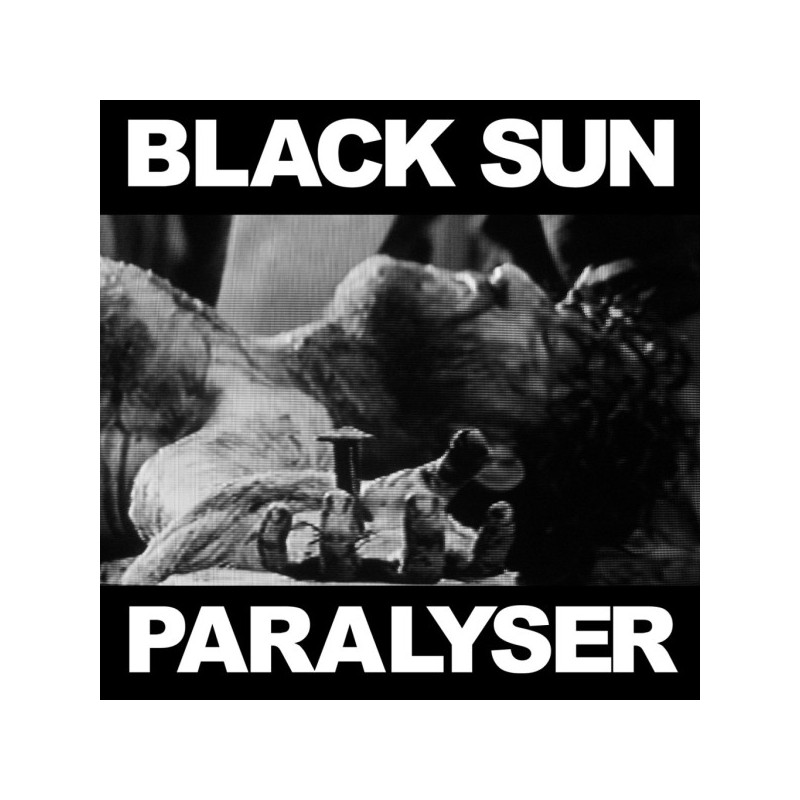 First ever release on vinyl from the UK's most pummeling and heavy band, Black Sun. Having not let up in the past few years with several albums and having worked with notable producers such as Billy Anderson and James Plotkin, Black Sun come out of left-field with their most fully-formed body of work thus far, a raging statement of intent that doesn't let up or fail to engage from the opening guttural screams to the final thunderous crash.

The first track "Prison Of The Cross" takes up the entire A-side, starting off as a SWANS-esque lesson in harsh rhythmical battery, before a beautiful lull featuring Glasgow drone wizard Noma on keys, after which we go into a sort of post-Neurosis chorus which shows Black Sun at their most melodic, before reverting to a raging finale which has a vaguely mid-90s metalcore sound. Amazing!

The second side is compositionally more similar to previous album "Hour Of The Wolf"; "Hammer The Nails" has a very sub-industrial feel to it - cold and muscular - with the remix stripping the track to its bare bones and highlighting its pounding, rhythmic monotony. The whole side is very stylistically similar to Godflesh's "Slavestate" in both sound and execution. This is a good thing.

Black Sun are getting a big name for themselves and I'm incredibly proud that 1) a band like this was borne from the Glasgow scene and 2) that I'm putting the fucker out! Check them out live and have your head flattened.

500 copies. Comes with an A3 heavy stock, full colour insert with recording information/lyrics printed on one side and bloody wolfsangle on the other.